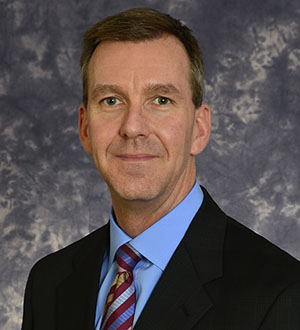 Richard B. Taft is the Deputy Comptroller for Credit Risk Policy at the Office of the Comptroller of the Currency (OCC).

In this role, Mr. Taft serves as a principal advisor on credit risks facing the banking system and oversee the agency’s Commercial and Retail Credit Policy units. Mr. Taft assumed these duties in May 2015.

Prior to this role, Mr. Taft served in a variety of technical and managerial positions with increasing responsibility. He served as Examiner-in-Charge (EIC) of PNC Bank, N.A., from 2012 to 2015, where he managed a team of examiners covering all disciplines, products, and aspects of the bank. From 2009 to 2012, Mr. Taft was a Team Leader on the resident team at the bank managing the supervision of many noncredit activities, including market and trading risks, operating risks, internal audit, asset management, and information technology. He also served as the coordinator for Basel II supervision activities.

Prior to his London assignment, Mr. Taft served as the EIC at Commerce Bancorp, New Jersey, a $35 billion banking group acquired in 2008 by TD Bank.

He began his OCC career in southern California in 1984 before an assignment in San Francisco as a Regional Bank Analyst from 1991 to 1997. He then accepted a position in Large Bank Supervision, moving to New York and working on the commercial credit team at Citibank.

Mr. Taft is a graduate of the University of Denver and earned a master’s degree in business administration from the Stern School of Business, New York University.