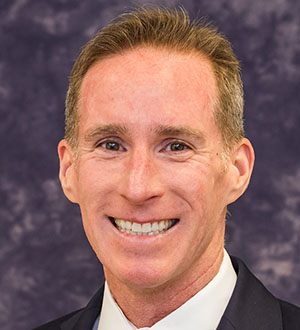 In this role, Mr. Pugh supervises the OCC's Workplace Services and Acquisition Management functions, and its Office of Security.

Prior to the OCC, Mr. Pugh was Director, Business Management and Planning at the Commodity Futures Trading Commission (CFTC), where he oversaw agency-wide administrative services, strategic planning, and security/emergency management. Previously, he served as Budget Officer at the CFTC, and as Deputy Chief Financial Officer at the Bureau of Alcohol, Tobacco, Firearms and Explosives (ATF), where he oversaw the agency's financial management functions and directed the formulation, execution, and financial reporting of ATF's $1.1B annual appropriated budget. He also served as Director, Budget Execution and Performance for the Office of Justice Programs at the U.S. Department of Justice, directing the Programs' $2.8B annual appropriated budget.

Mr. Pugh holds a master of arts degree in economics from the University of Nevada, Las Vegas, and he earned a bachelor of science degree in general engineering from the U.S. Air Force Academy. He has completed the Leadership for a Democratic Society program at the Federal Executive Institute, and is a Certified Government Financial Manager/Certified Acquisition Professional — Program Manager Level 1.